May is for Monarchs Part 1: Monarch Migration 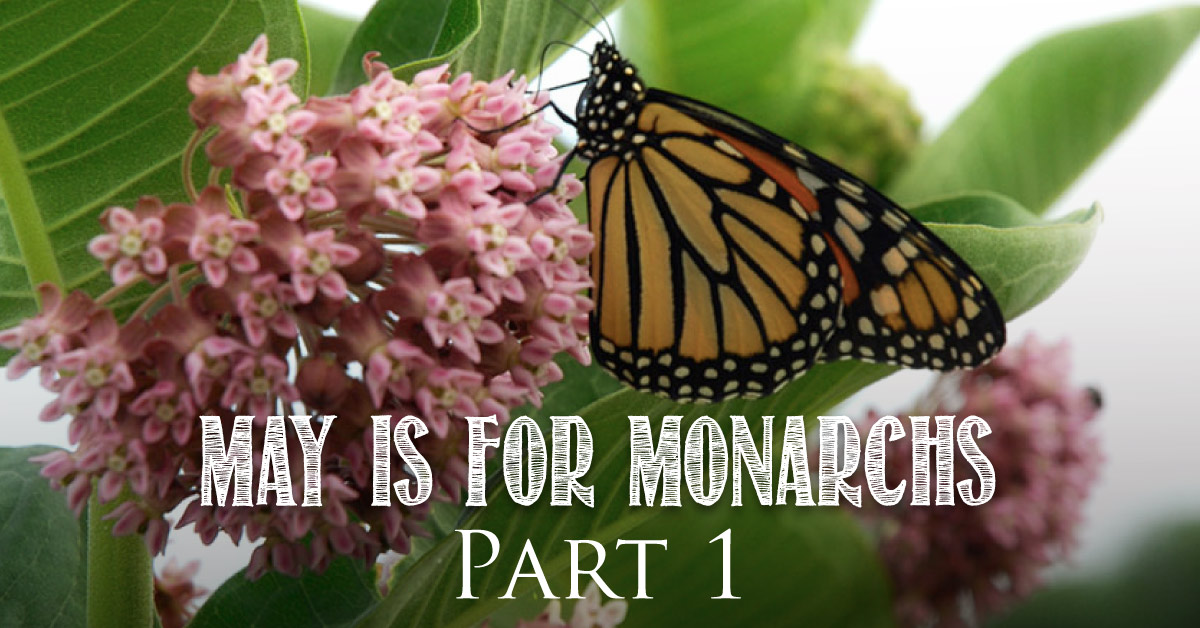 3 Generations But We Made It!

Sometimes it takes generations for a family to arrive. Each parent lays way for the next generation to move forward. Toiling for the sake of family is a strong motivator. It keeps us focused. It carries us through trials. It tempers our spirit toward love and forgiveness. I find this sense of collective endeavor in the story of the monarch migration.

This is the first installment of a four part series on Illinois' official state insect, the monarch butterfly. Each week focuses on an aspect of this incredible story. It tells the tale of survival, regeneration, connection and current day challenges. From a monarch's perspective we take a look at family travel and highlight the best roadside diners. Further in, we expose trials and tribulations along the Monarch Highway. And finally, in episode four we embark on becoming monarch resort entrepreneurs. 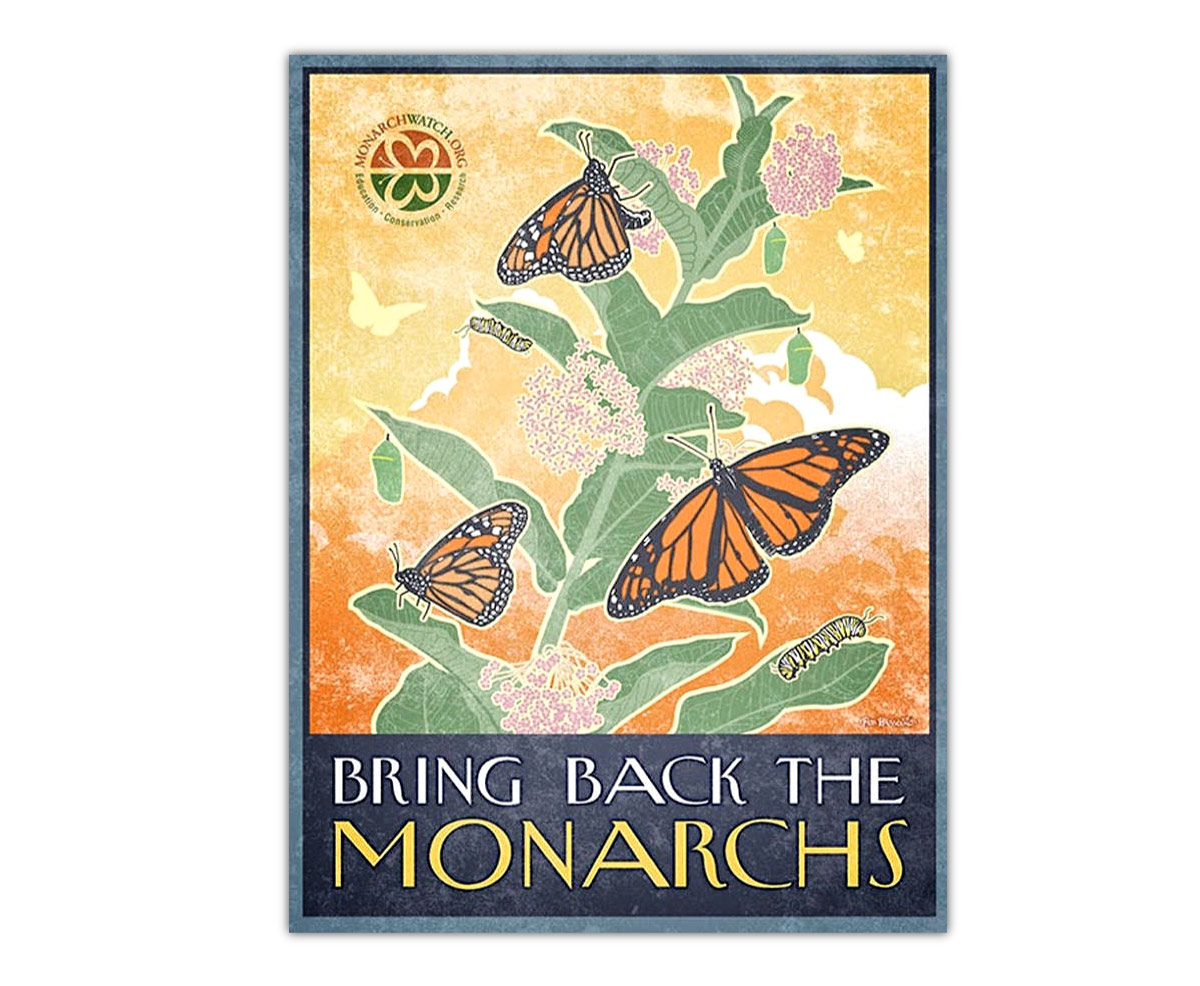 Before we dive in a little background. In June 2014 the White House issued a Presidential Memorandum to promote the health of honeybees and other pollinators including the monarch. In August 2014 the Center for Biological Diversity, Center for Food Safety, The Xerces Society for Invertebrate Conservation and renowned monarch scientist, Dr. Lincoln Brower petitioned the Secretary of the Interior and the US Fish and Wildlife Service requesting the monarch butterfly gain threatened status under the provisions of the Endangered Species Act. This lengthy process may take between 5 and 10 years to complete.

While we're all waiting around for the government there is much to learn and do to ensure the safety of our state symbol. But before we get going, let's take a look at one of the most incredible wildlife phenomena on earth, the monarch migration. It's the second longest insect migration on the planet. And it happens right here in Illinois each year. 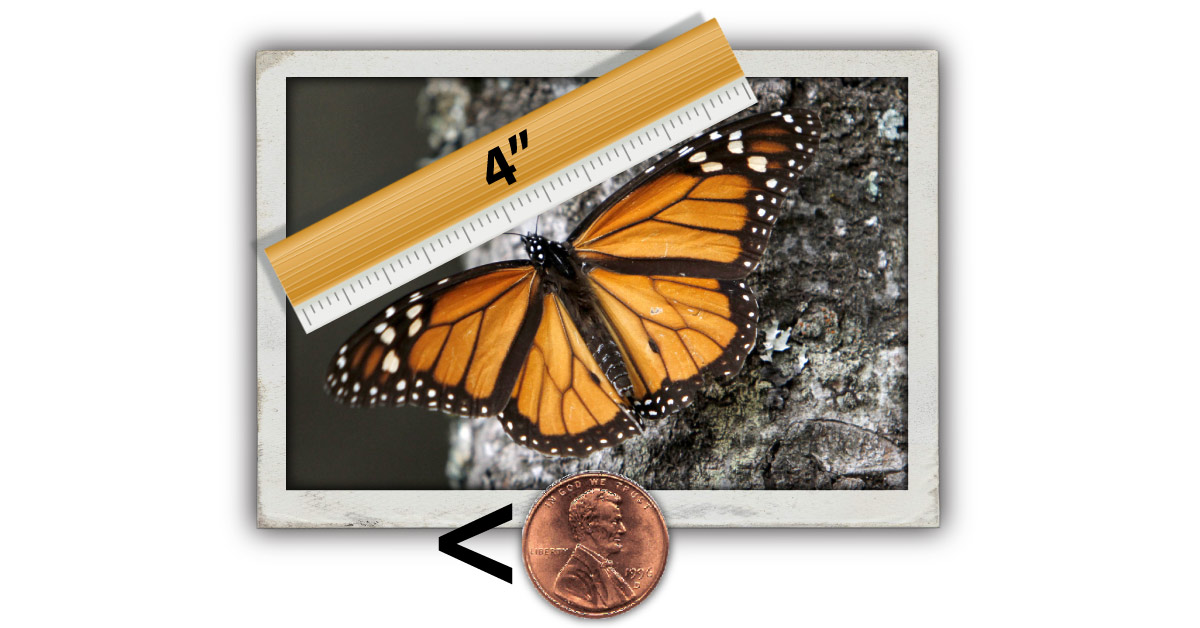 Lighter than a penny with a 4" wingspan, it's hard to imagine such a creature even equipped to make a 2500-mile journey to Mexico. When lucky, we watch them flitting around each summer in the garden seemingly at mercy to each gust of wind. A low altitude challenge, that same wind further up, allows the monarch to travel great distances. Soaring, they catch currents sometimes a mile up in the sky. Each autumn our eastern monarch population (those east of the Rockies) begins their trek south. At times the flock is so dense it creates images on weather radar. 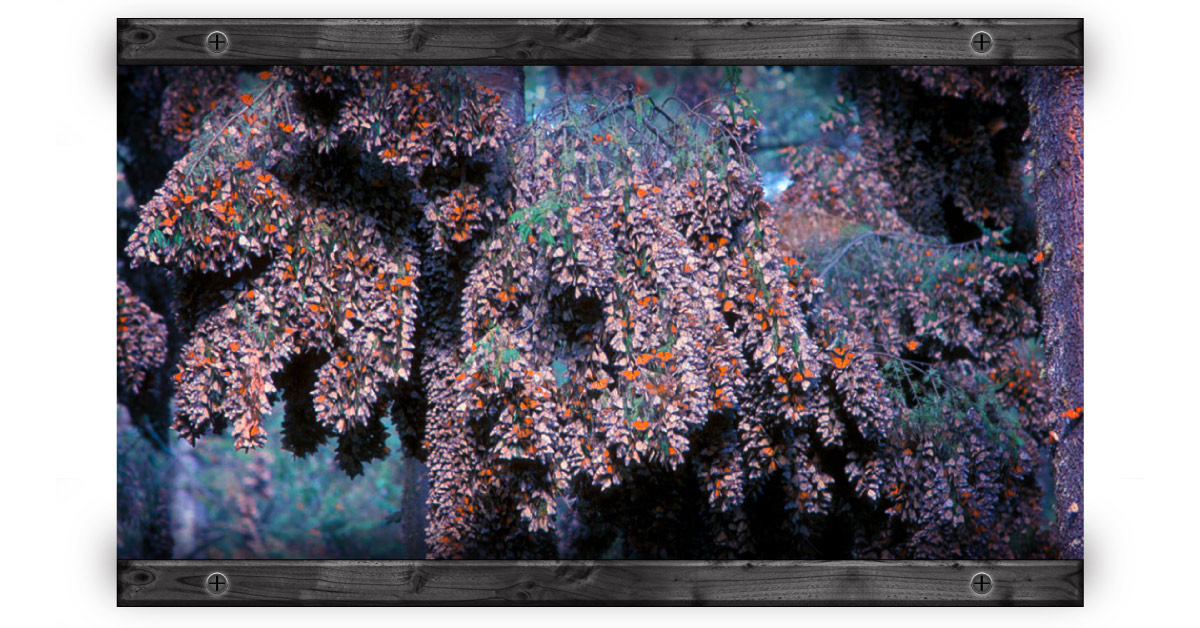 But our story doesn't start here. It starts 8 months earlier in the oyamel forests of Mexico. Each March as the weather warms with spring, the overwintering monarch begins to stir. They are readying to embark on the last leg of their journey. Huddling close together all winter, they persisted in cold, damp and sometimes stormy conditions. They survived from the protection given to one another. They endured as a group in their forest sanctuary of sacred fir.

But now they must begin the journey north. It's this generation's job to continue the family and start the cycle again. This cycle of life drives them thousands of miles north in search of food and a home to bare young.

This generation only has about two more months to live. And in that short time they will hitch rides on air streams that carry them 50 miles a day north. When they make their way to the first fields of milkweed they know it is time. They drop down from their journey, mate, lay eggs, and subsequently die. 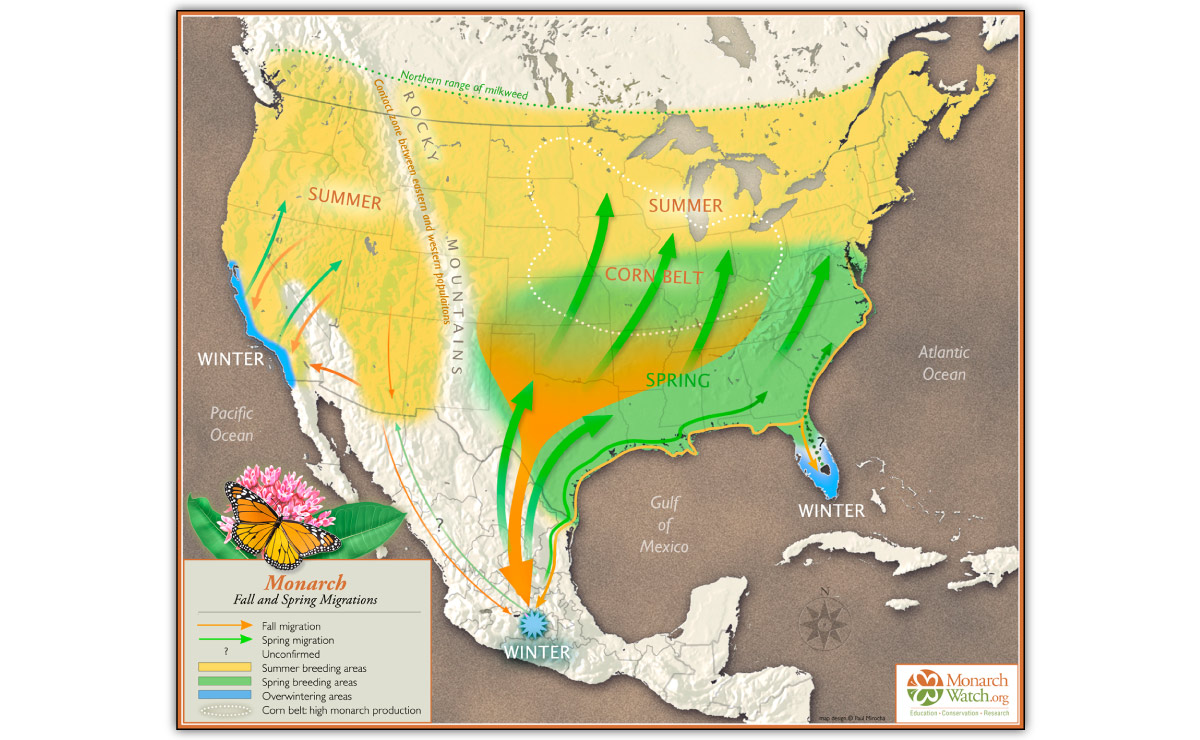 But they did not die in vain. For their children, the next generation, now finds themselves in a more hospitable locale. There are milkweeds for food and time to grow. This generation takes about two weeks to grow up. And then they're off. They push further north just as their parents did, laying down the next block on a multi-generation journey. This trek spans two to three generations before the family finally arrives. Their final destination, summer breeding grounds in the northeastern quadrant of the United States. There the last generation is born with the greatest density right here in Illinois and the upper Midwest.

There is something special about the last generation of monarch born in Illinois. Somehow, Mother Nature knows that this final group needs a little something extra to make their return trip to Mexico. Unlike, their great-great grand parents who journeyed north in March, these youngsters are different. They are physically built different to be able to make that long voyage south come late August. Unlike three to four generations going north, it only takes one generation to return to the origin of their ancestors. 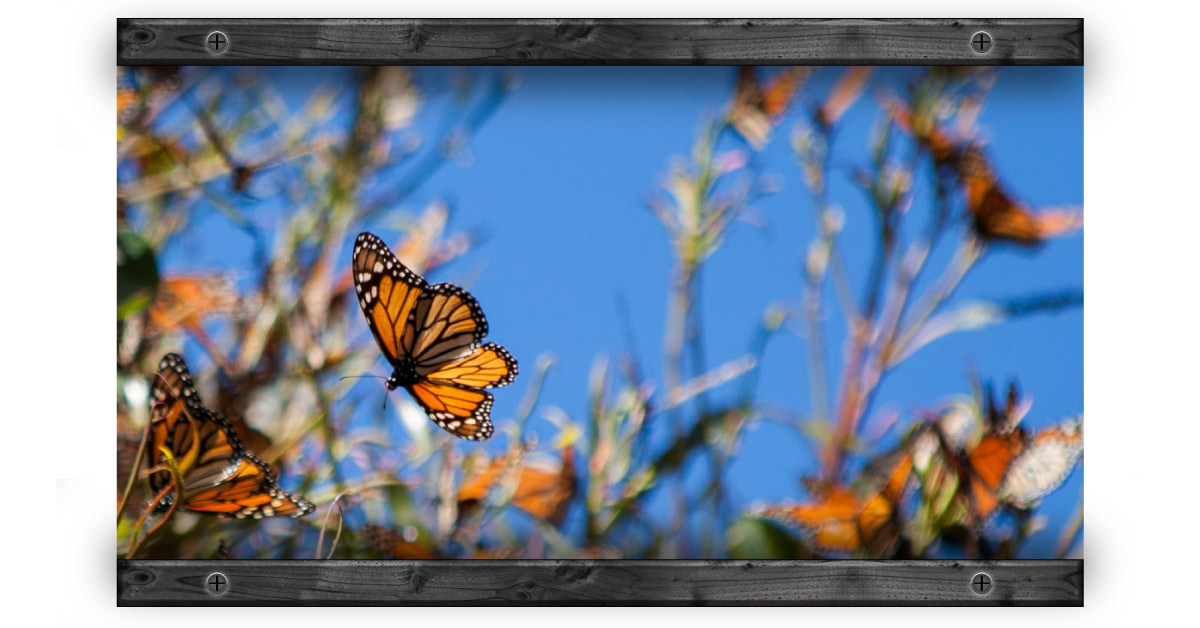 Traveling south through the Midwest they congregate in roosts each evening to rest and 'nectar' (eat). Texas is a hotspot for gathering. Continuing, they pass through Texas, cross the border and navigate east of the Sierra Madres. Finding the place of their origin, the final overwintering destination 50 miles west of Mexico City.

They congregate in huge roosts within oyamel (sacred) fir forests (Abies religiosa). These misty, old growth forests are virtually shrouded in monarchs. They provide the perfect habitat to survive winter. These southbound travelers live for close to nine months. Ensuring the following spring the journey north will begin again. 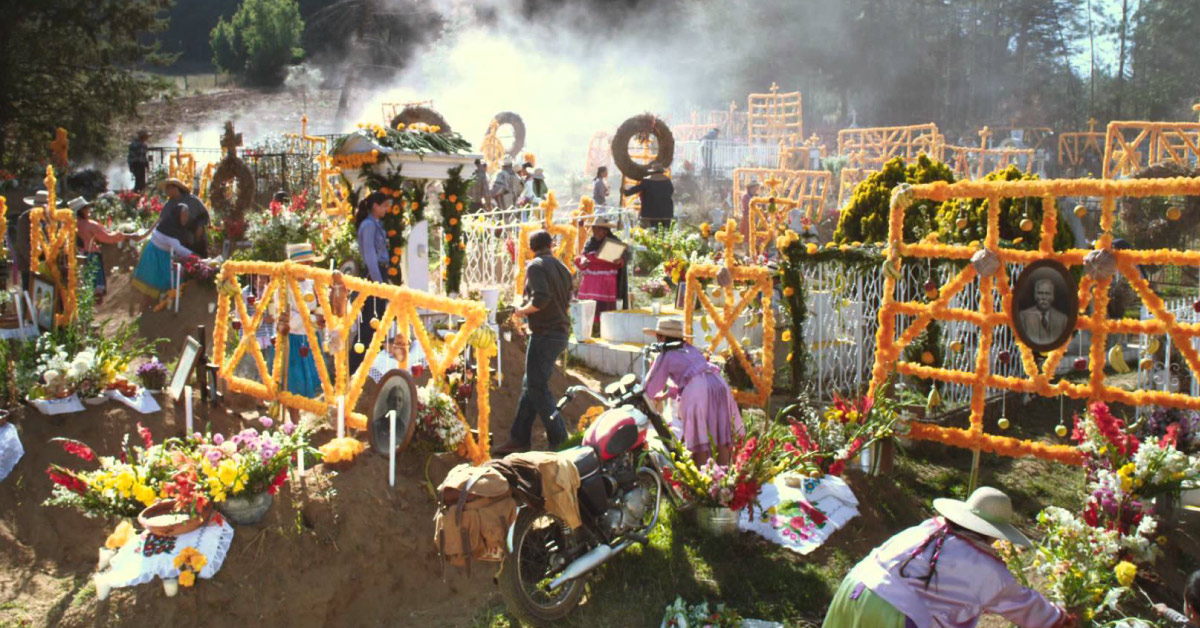 Culture and the Monarch

The migration is so dramatic that over time their annual return helped shape the culture of the area's people. The Mexican holiday Day of the Dead (Dia de los Muertos) occurs when the monarchs appear. According to traditional belief, monarchs are the souls of ancestors. Loved ones return to Earth for their annual visit as hummingbirds and butterflies. This link between myth and monarch spans centuries.

On November 2nd people erect beautiful shrines commemorating the dead and the return of the butterfly. More than a mere celebration, the Day of the Dead is a dialogue with the "other life," with those who have gone before. This communication with dead relatives creates balance. It connects people to their roots, identity, and point of equilibrium between earth and the cosmos.

What a beautiful way to remember loved ones and an example of how nature folds in upon us to create beauty and peace in our own lives. Without this butterfly and its yearly journey, a sense of connection to family and the planet would be sorely missed.

Next week we'll head over to the topic of milkweed. For a monarch it's hardly a weed, more like a bed and breakfast for butterflies.

Til then, happy gardening!