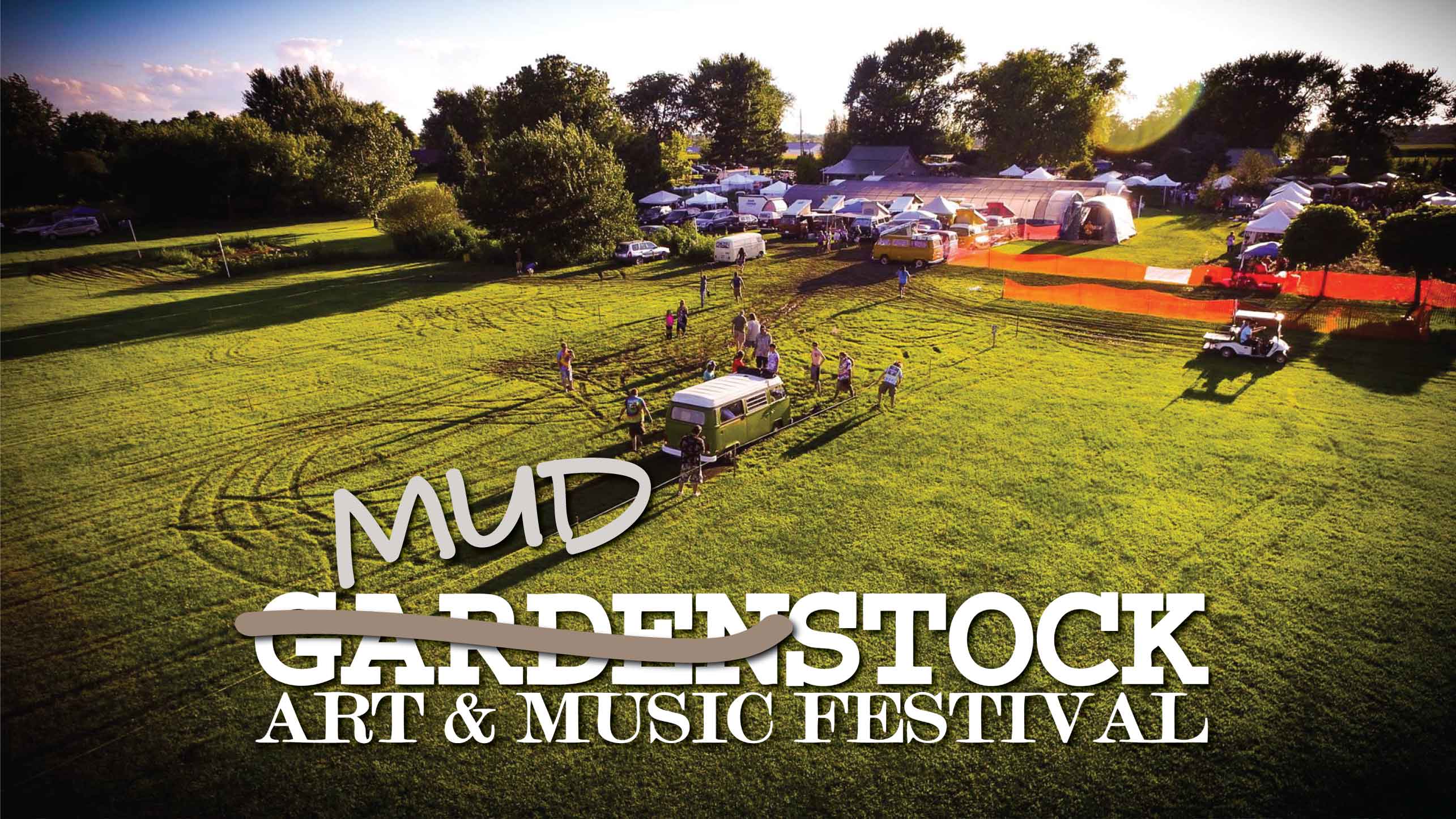 Gardenstock16 a.k.a. "Mudstock" raises over 16K for Youth Garden Program. 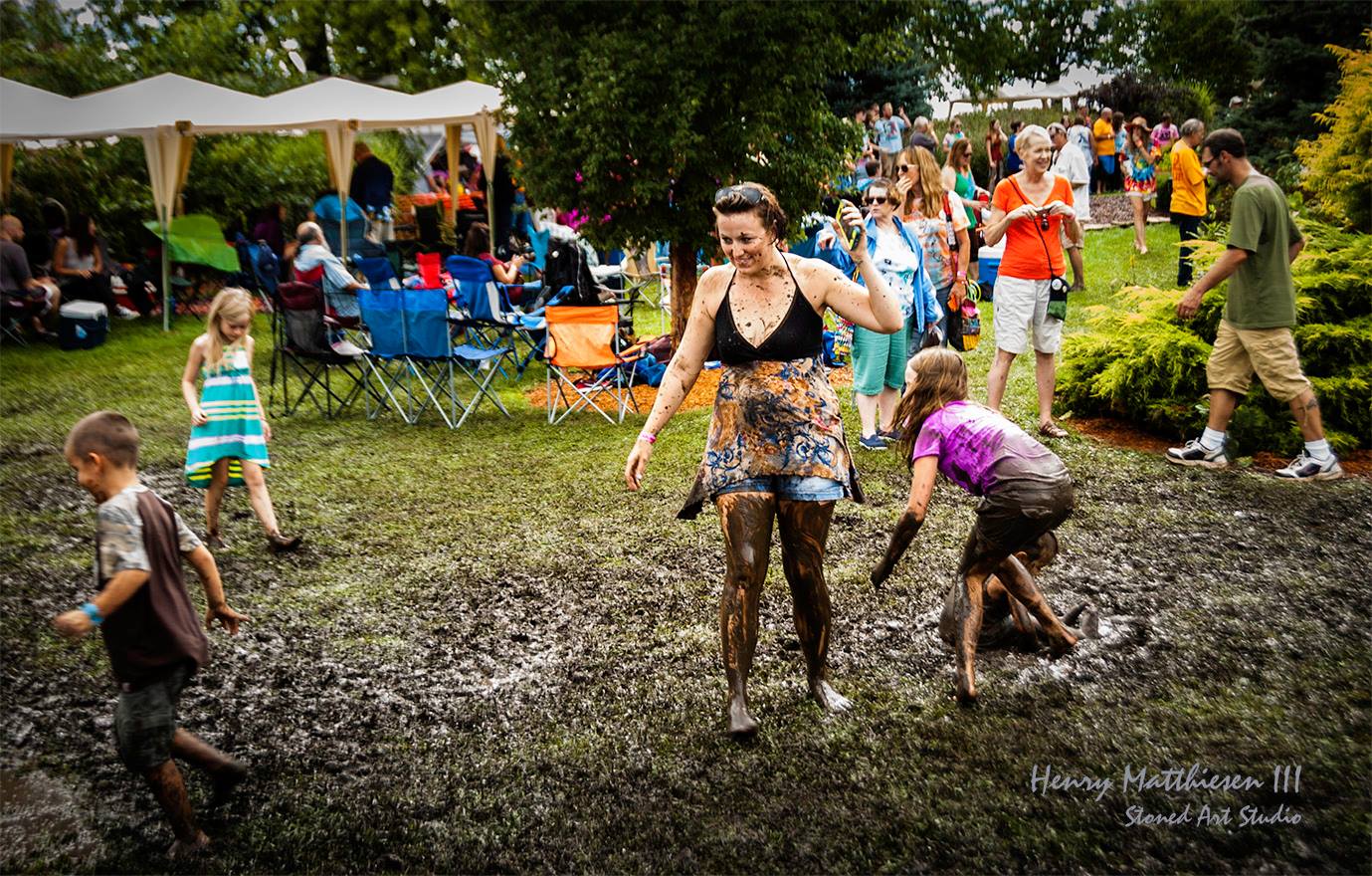 Well that was one we won’t forget soon. 9 inches of rain three days run up to show time and grounds primed for a mud bath. Two weeks before Gardenstock 2016 the crew worked feverishly setting up. On Thursday they erected 54 tents and were on track for a relaxing Friday. Thursday night a storm blew through and toppled most all tents. 6a on Friday ushered a possibility that 49 rented tents might not be around for people on Saturday.

A quick Facebook video spread like wildfire announcing the situation. We prepared to refund all monies for rented tents.

Within 20 minutes of that video going up people just started showing up offering to help.

Within 3 hours all tents were salvaged. And with the help of many the impossible just became possible once again. 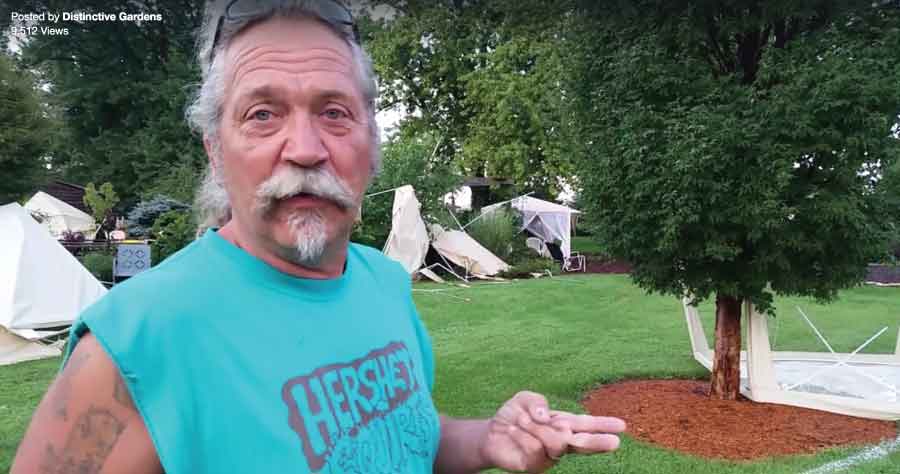 Saturday morning dawned with more rain and tents down.

An artist van buried to its axles blocked the backstage entrance. A quick setup, truck pull and Gardenstock opened.

Festivalgoers started pouring in right at 10a. Grass lots flooded. Shuttle drivers started early. All parking diverted to Shopko. A little over an hour after opening Admissions succumb to rain. Volunteers waded up to their ankles in flooded ground. An impromptu team of people moved admission tents and tables up to the gravel lot.

With more rain it became clear artists would not be able to drive to their booths at tear down. Lisa Higby LeFevre and Parking Lead, Josh Leif had five hours to figure it out. They assessed the situation and developed an exit strategy.

All the while the show went on. Volunteers adapted to a variety of situations. Musicians took stage like clockwork. And artists greeted happy fest-goers to their increasingly muddy booths.

“We were calling audibles all day long” 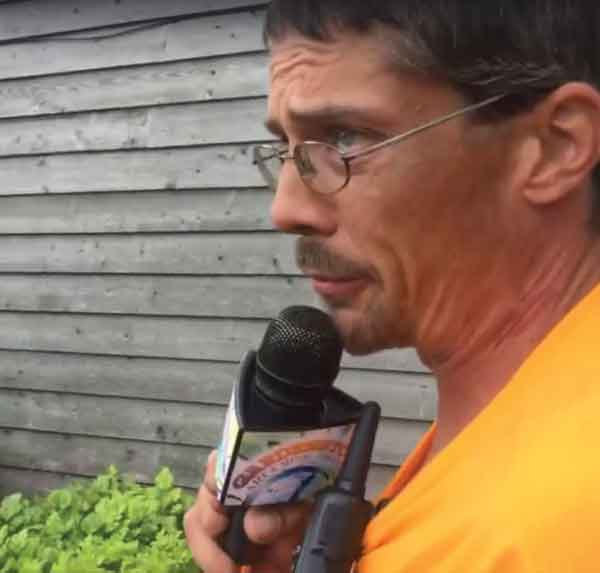 By then the grounds were a mud bath. Children played in the mud and water at the fire pit. Moms and kids danced, slipped and went with the flow. Pictures of muddy feet flooded social media. It was a call back to the Woodstock of ’69.

6p the People Peace Sign Art Happening changed. By then the peace sign in the back field was under water. Mud obliterated the “create” gathering spot running down Art Alley. Small ponds washed out the “Rock On” spot behind the pavilion. Instead of skipping it people gathered in front of the stage to make an impromptu peace sign. Lit by a glorious afternoon light, Steve Fassler documented the whole happening. 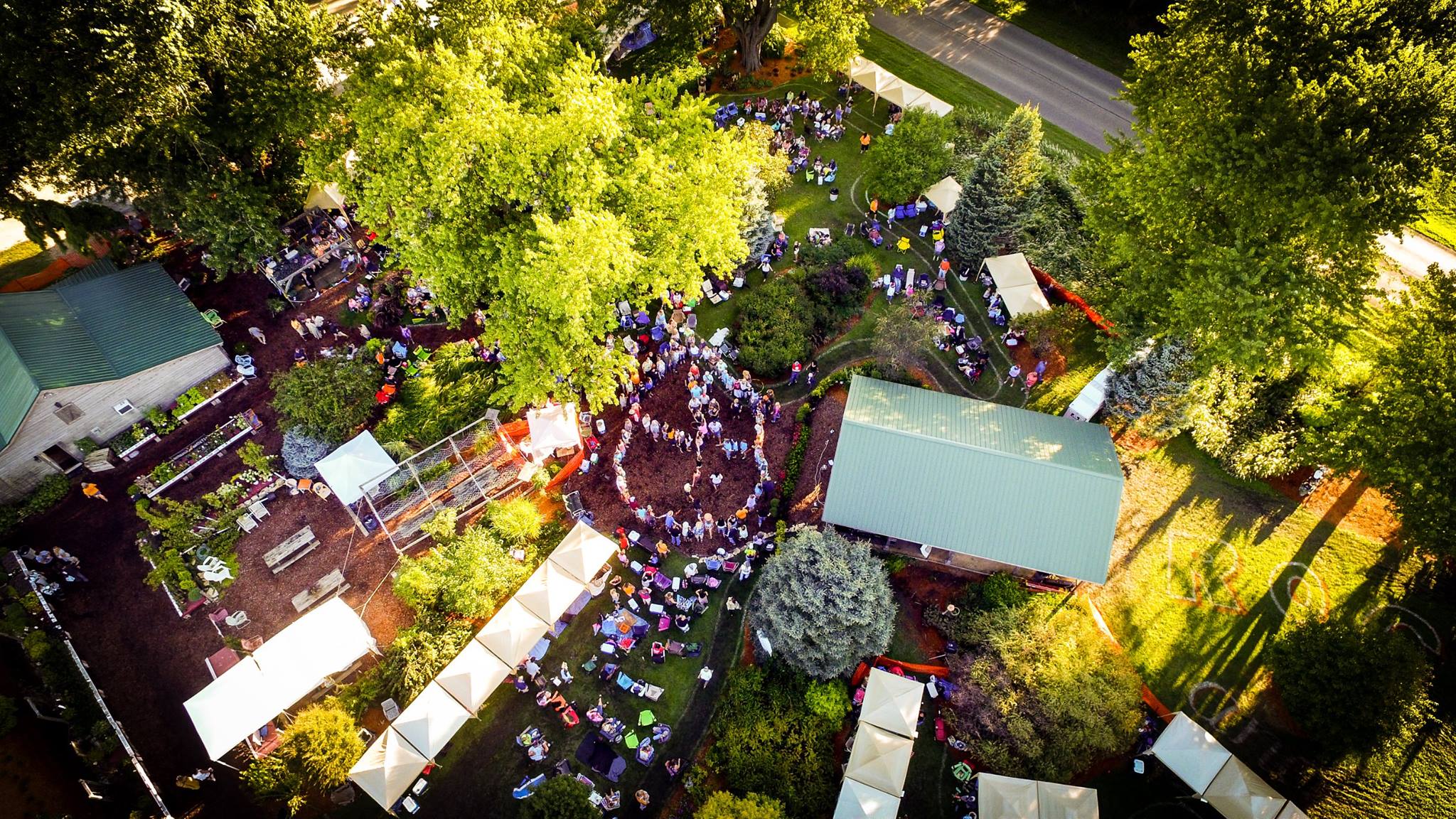 Gardenstock 16 came to a close.

But not before raising over 16K for the Sinnissippi Youth Garden Program.

"Mud"stock16 goes down as one of the most enchanting community experiences in Gardenstock's 8-year history. 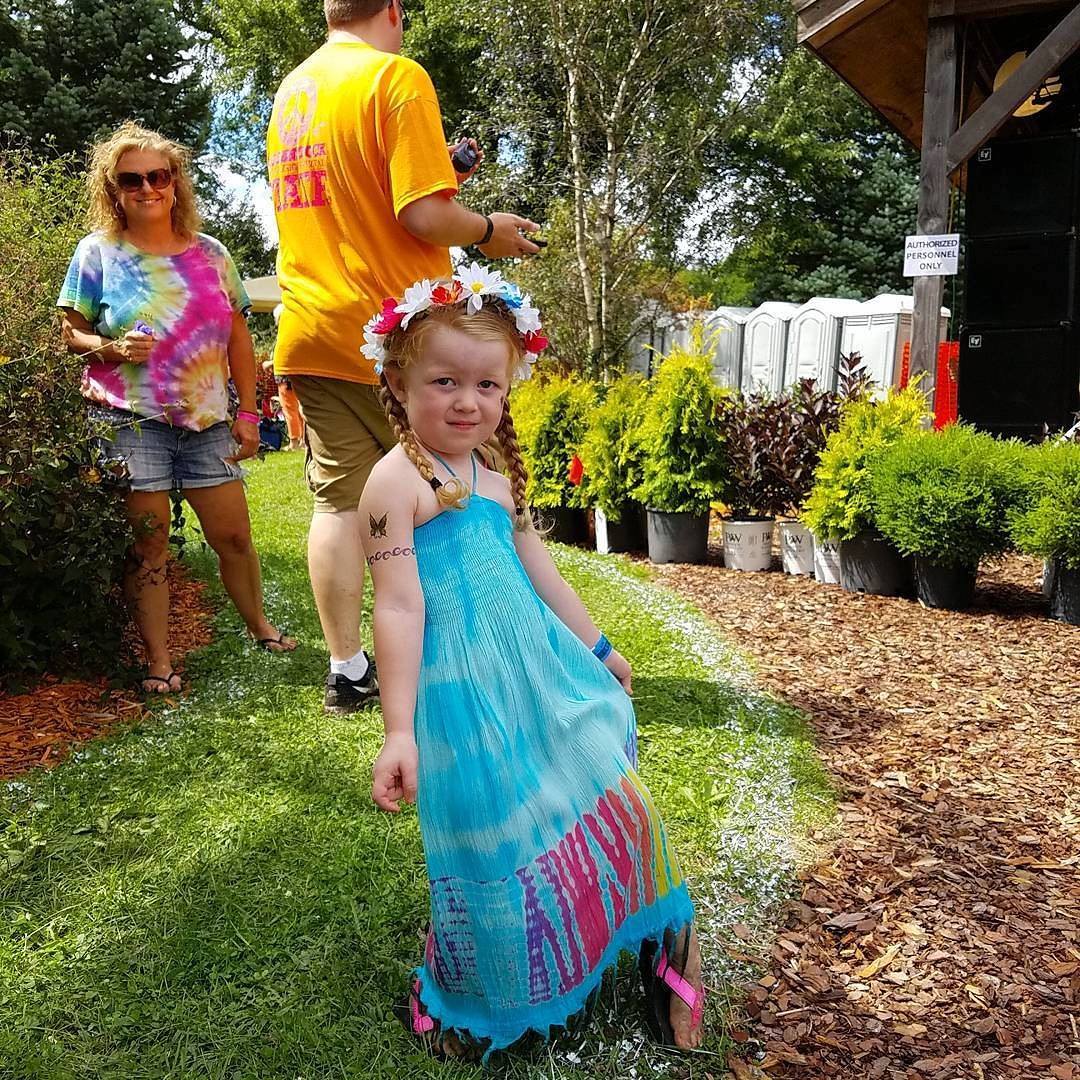 On behalf of all the Gardenstock16 volunteers, artists, musicians, food vendors and festival-goers we present another check to the Sinnissippi Centers Youth Garden Program.